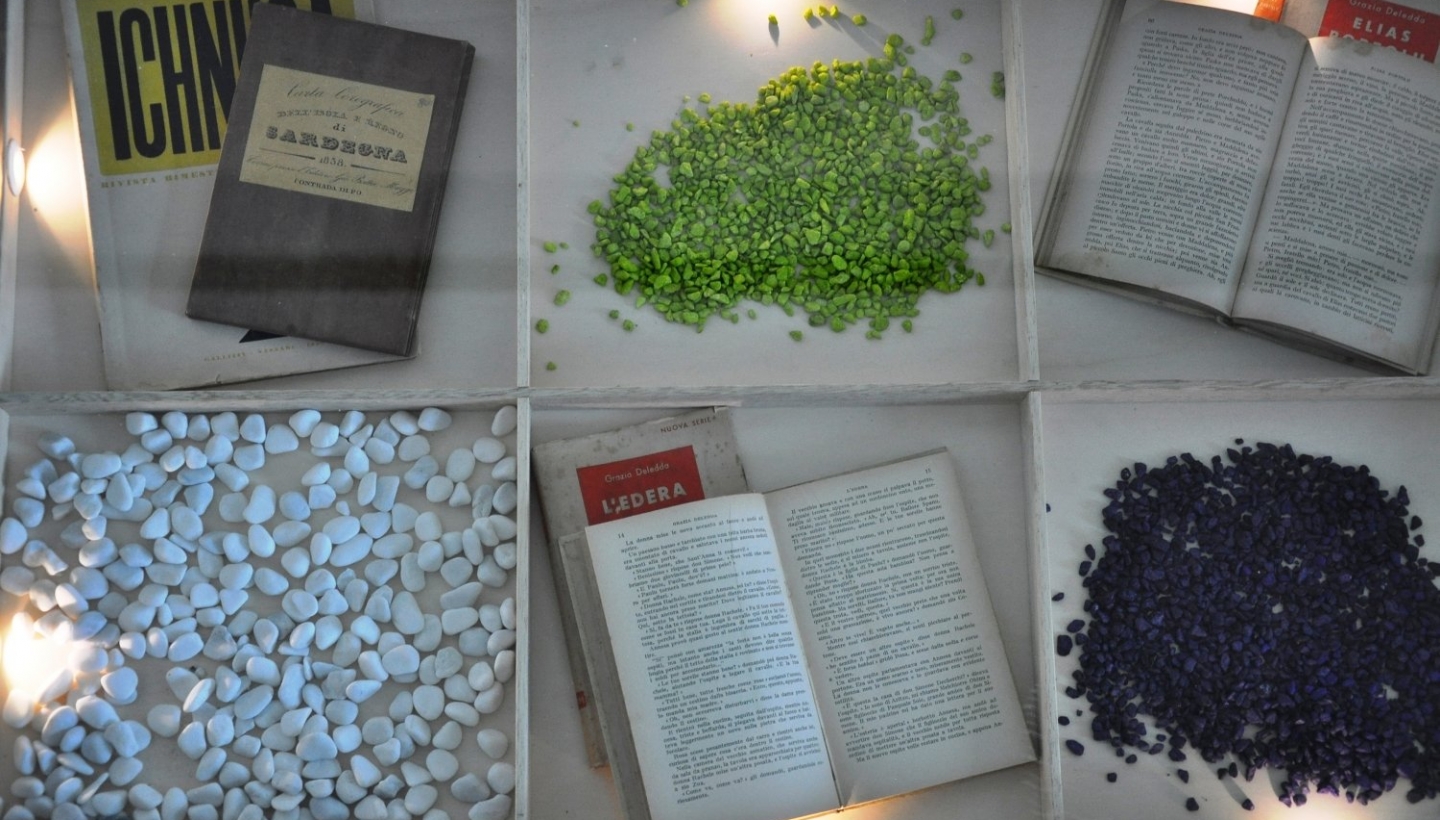 Nuoro has been the birthplace of numerous illustrious figures

A world-famous writer, Deledda was bortn in Nuoro in 1875. The first of her novels to be published, “Fior di Sardegna”, was released in 1892. The second, “Anime Oneste”, followed in 1895. In 1900, she married Palmiro Madesani and moved to Rome, where she would remain until her death save for occasional holidays in Cervia, a town to which she later dedicated a number of nostalgic, affectionate pages. In Rome, she authored new works: “Elias Portolu”, “Cenere”, “L'Edera”, “Canne al vento”, “Marianna Sirca”. In 1926, she received the Nobel Prize for Literature. Her autobiographical novel, Cosima, was published in 1937. The previous year, 1936, Deledda had died in Rome.

A lawyer and journalist, and one of Sardinia’s most important poets, Satta was born in Nuoro in 1867. He made his print debut as a poet in 1883 with the publication of his “Versi rebelli”. His other published works include the ode “Primo maggio” of 1896 and the “Canti barbaricini” of 1910. The “Canti del salto e della Tanca” were published posthumously in 1924. A poet whose work reveals great depth of feeling and strong social convictions, he had died in Nuoro in 1914 – at the age of just 47 – following a long illness that left him immobilised for a good six years.

The sculptor Francesco Ciusa was born in Nuoro in 1883. After completing his studies at the School of Art in Florence, he returned to Sardinia in 1904 to set up in his home city of Nuoro. In 1907, he was awarded first prize at the Venice Biennale for his sculpture “Madre dell’ucciso” (Mother of a murdered man), the original of which is housed at the National Gallery of Modern Art in Rome. Ciusa’s success had repercussions for artists from all over Sardinia who found the doors to Italy’s major exhibitions thrown open to them.
In 1913, alongside other artists, he was involved in the work to complete the city hall in Cagliari. In 1923, he shifted focus to concentrate on the production of small ceramic pieces, opening the SPICA workshop in Cagliari. In 1924, he established an art school in Oristano. In 1928 he exhibited one of his last, great works, “L’anfora sarda” (Sardinian Amphora), at the Venice Biennale. A surreal, symbolic work, it refigures a woman drinking from a jug as an infant feeds at her breast. The preceding years had brought numerous other sculptures, such as: “La filatrice” (1909), “Il dormiente”, “La cainita” (1914), “Il nomade” (1909), “La dolorante anima sarda” (1911), “Bontà” (1911), “La pietà” (1925).
In March 1937, he began a draft of his autobiography, a work imbued with the memories and visions of his infancy, whose vivid, ancient world would provide a conceptual backdrop to the story of his art. In 1943 he was appointed to the chair of drawing at the Faculty of Engineering at the University of Cagliari. He died in Cagliari in 1949.

A writer and jurist, Satta was born in Nuoro in 1902. He graduated in law at Sassari in 1924, before going on to earn the qualification of “libera docenza” – entitling him to teach – in 1932 at the University of Camerino, where he was appointed to teach Civil Trial Law. In due course, he would hold chairs at Macerata, Padua, Genoa and, ultimately, at Rome. He married in Trieste in 1939. He published numerous studies in the field of law, including a monumental (and complex) five-volume “Commentario” on civil procedure and civil trial law, which earned him a certain notoriety in legal circles.
Between 1944 and 1945, he wrote the “De Profundis”, an admirable portrait of the human condition that began as a reflection on the negative experiences of the war.
His other notable works include: “Poesia e verità nella vita del notaio”, published in the periodical “Vita notarile” in 1955; “Soliloqui e colloqui di un giurista”, published in 1968; “Quaderni del diritto e del processo civile”, published in 1969; and various legal textbooks and articles that appeared in periodicals and newspapers.
In 1970, he began what was to become his masterpiece, the novel “Il giorno del giudizio” (issued in English as “The Day of Judgement”), which was published posthumously in 1977. The book would meet with particular dismay and consternation in Nuoro, where many individuals recognised themselves in the characters of the book.
Today, having been translated in seventeen languages, the novel is considered a classic and is justly lauded in elite critical circles.
Struck by an incurable illness, Salvatore Satta died in Rome on 19 April 1975.

A painter and sculptor, Ballero was born in Nuoro in 1864, and studied classics in Cagliari. In 1894, he authored the novel “Don Zua”, and the story “Vergini bionde”. As a writer, he also contributed articles and reviews to a number of local and national newspapers and periodicals. However, he ultimately dedicated himself entirely to his true love, painting, albeit at the late age of thirty. His favourite subject matter was scenes from his local area, with its festivals, dances, poetic duels, costumes and landscapes. During his career, he participated in numerous exhibitions (and held a few one-man shows), where he won plaudits and wider recognition. His Self-portrait was much appreciated at the Turin Quadriennale of 1908, so much so that it was reproduced, with a flattering commentary, in the Sonzogno Encyclopaedia. He also exhibited in Genoa, Florence, Milan, Turin and Monza (where he won the diploma of honour at the exhibition of female portraiture), and in Sassari and Cagliari. Two of his drawings, exhibited at the 1917 and 1923 Turin Quadriennale exhibitions respectively (the latter titled “Il Conciliatore”) were purchased by the “Società Promotrice delle Belle Arti”. He died in Sassari in 1932.

Born in Nuoro in 1890, Deffenu was a soldier, journalist and one of the great intellectuals of the twentieth century. In 1908, he enrolled to study Law at Pisa, where he was exposed to anarchist currents and collaborated with the socialist presses of Sardinia and mainland Italy. He was an active opponent of the war in Libya. After graduating in 1912, he returned to Nuoro but soon grew tired of the quiet, provincial life it offered. He became a correspondent for the Giornale d’Italia, involving himself actively in political life as a proponent of radical syndicalism and, from 1913, of capitalist liberalism, which saw him engaged in the struggle against the protectionist trade policies he believed favoured the industry of Northern Italy at the expense of the agricultural-pastoral economies of the South and islands. It was a battle that drew him into the orbit of Gaetano Salvemini and his “democratic meridionalism”. In 1914, he founded the periodical “Sardegna”. He then moved to Milan, where he practised as a lawyer, becoming legal counsel to the “Unione Sindacale” trade union. When war broke out in July of 1914, he was favourable to Italy’s participation. At the end of the same year, together with Alceste De Ambris, Filippo Corridoni, Tullio Casotti and Michele Bianchi, he founded the “Fasci d'azione rivoluzionaria interventista”. He volunteered as a combatatant but, as a suspected “subversive”, he had to fight a long battle to be sent to the front. On 16 June 1918, Deffenu died, heroically, at the command of a platoon of the “Sassari” infantry brigade, in the Battle of the Piave.